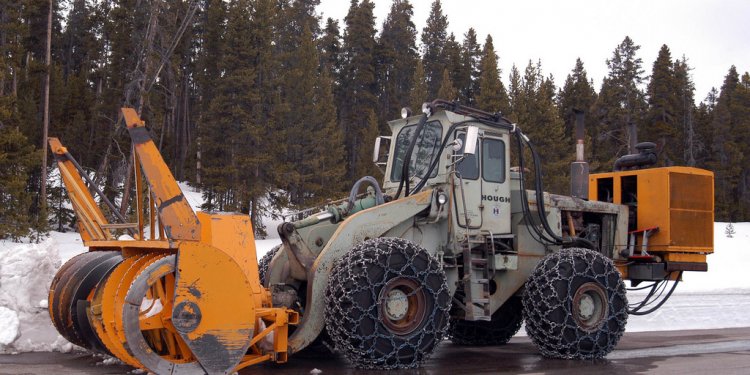 Purpose: These guidelines have been developed to clarify DEEP recommendations to state and municipal officials, and others regarding the removal and disposal of snow accumulations from roadways and parking lots. For purposes of this guidance snow accumulations refers to snow banks and snowpiles that are removed by front-end loader or by loading on trucks for disposal. This guidance does not apply to normal snow plowing operations that must, inevitably, discharge some snow into wetlands and watercourses.

Implementation: While following these guidelines does not constitute a permit or authorization, the Department recognizes there is a considerable need for flexibility in implementation of this policy, particularly in emergency situations. There is no intent to interfere with snow plowing operations. Where trucking and snow dumping operations are undertaken the Department recommends these guidelines be followed.

Problem: Current road maintenance activities include removal of snow accumulations from bridges, roads and parking areas for the purpose of providing more space for subsequent snow storms and for ease of travel and parking. Sometimes this snow is moved by truck or with a front-end loader and deposited directly into surface waters of the state including streams, wetlands and Long Island Sound. This practice is not recommended due to the presence of dirt, salt, litter and other debris, which are routinely mixed in the accumulated snow.

Under normal conditions of snowmelt, the majority of these contaminants remains on or next to the paved surface or may be captured in stormwater catch basins. These contaminants can then be swept from streets and bridges or vacuumed from catch basin sumps. However, when accumulated snow is collected and dumped into surface waters, this mixture of snow, sand and debris may smother aquatic life in the bottom of streams and rivers and degrade the aesthetics of the surface water with silt plumes and litter. Large quantities of snow (and the sand and debris) may also cause blockage of storm drainage systems, resulting in increased chance for localized flooding.

Recommended Management Practice: Snow accumulations removed from roadways, bridges, and parking lots should be placed in upland areas only, where sand and other debris will remain after snowmelt for later removal. Care must be exercised not to deposit snow in the following areas: