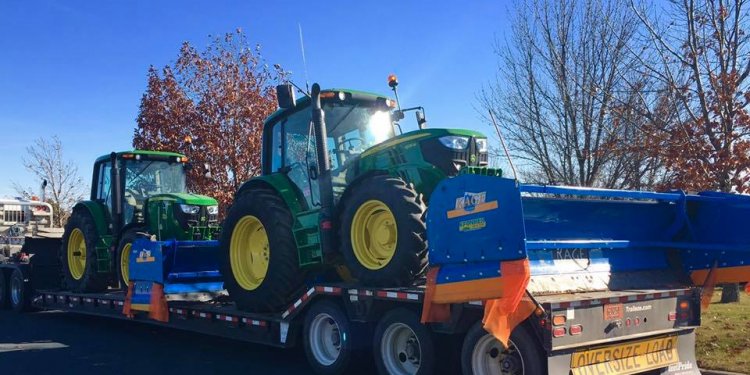 Although the calendar hasn't yet turned for the official start of winter — Dec. 21 will be here soon enough — many public works departments are already knee deep in their snow removal activities.

More and more departments are relying on technology to keep streets clear. More often than not, a city like Lincoln, Neb., combines new equipment and new IT to improve plowing and road safety.

Scott Opfer, Lincoln's street and traffic operations manager, said new types of plows are being tested in the city, as well as automatic vehicle locators and a complaint mapping tool.

This winter, Lincoln will be testing what is called a “belly plow” on one of the city’s snow removal trucks. A belly plow, located underneath a snow removal truck, has a blade in the plow so the driver can put down pressure by hitting the hydraulic lever or button to push the blade down onto the ground, Opfer said.

The belly plow will be tested when Lincoln has its first major snowfall, Opfer said. The city is currently in the process of purchasing four new snow removal trucks that will be available for use next winter. At that time, the city hopes to have a “wing plow” mounted on each of them.

“It’s an additional plow that folds up and down on the side of the truck — versus in the front, ” Opfer said. “So not only can you have the big plow in front, you can fold down an additional section of plow along the side of your truck and do double the amount of snow removal with one truck.”

For Lincoln, the goal for next year is to have each new truck outfitted with a belly plow, a wing plow and the usual front plow.

In an effort to improve relaying information from the city’s snow trucks to its snow center, Lincoln started testing automatic vehicle location (AVL) systems this year on two of its trucks and also has three portable AVLs, according to the city.

The vehicle locators use GPS to pinpoint where the trucks are and where they’ve been, Opfer said. AVLs can be used to submit specific information such as how much salt is being put down in a specific area, if the truck’s plow was up or down at a certain time, how fast the truck was going, as well as other data.

The city is working with vendor CompassCom on the AVL pilot project. The same locators are also used for the city’s local transit company Star Tran on all of its existing buses, he said.

The technology for automatic vehicle location has been in use for a while.

Fort Collins, Colo., has been using AVLs since the late ’90s to track its snowplows, said Scott Bowman, a database analyst for the city. Fort Collins uses the AVLs to track de-icing chemicals that are put down on the roads.

“Whether you want to know whether it was the last 12 hours, or the last day, or during a whole storm, we can get some really detailed data on pretty much every road segment that we have around town, ” Bowman said.

With every heavy snowfall comes a corresponding rush of complaints from citizens. That’s why Lincoln is testing a new complaint monitoring system by plotting the origin of the complaint on a computer mapping tool.

When complaints about the snow go through to the city’s snow center, the complaint’s location is inputted onto the map in real time so the city’s other three snow operation locations can access that information.

“Those shops will have access to these real-time maps, ” Opfer said, “so as we get complaints up, [the snow operations crew] will be looking at the map and say, ‘Oh, that’s in my area. I’ve got a plow over here — two blocks away. I can have them go address it.’”

Before using the mapping tool, the city took complaints and then faxed the list of complaints to other snow operation locations that had people in the field, Opfer said. They’d go through the list and find the complaints that related to their area, and then pass on the information. “It takes time, and it’s not really efficient, ” Opfer said. “So we’re going to be using a mapping tool to be able to do that.”

The mapping tool was designed in-house and functions as a private Web-based database. No costs were involved except for the staff time for development.

Although the official start of winter is almost here, cities like Lincoln have been prepping their new technologies for months.

“For the Public Works and Utilities Department, snow is a year-round issue, ” said Lincoln Mayor Chris Beutler in a statement. “They use the warmer months to update procedures and research the latest tools for keeping streets clear, traffic moving and people safe.”