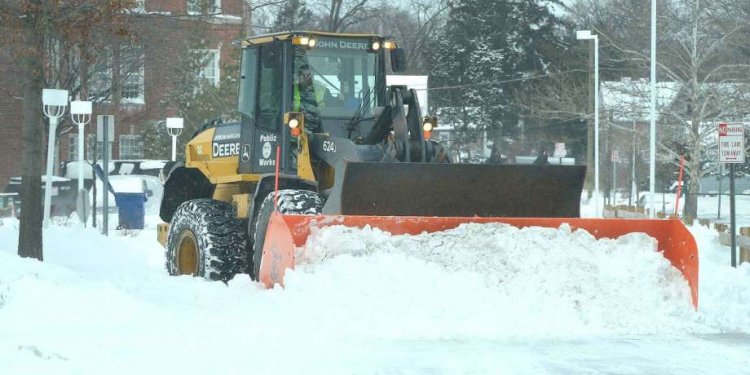 As towns grew and people established routes for travel and postal service, several storms in the early 1700s rendered the roads impassable and hindered communications. A storm in 1717 dumped about a meter (3 to 4 feet) of snow, which in some places drifted to 7.6 meters (25 feet). The journey from New York to Boston was almost impossible; the single successful post runner abandoned horseback for snowshoes. For more than one hundred years, this storm was known as "The Great Snow." Other, less severe, snowstorms followed over the years, accompanied by the usual winter hardships. In 1741, a severe and very cold snowstorm froze waterways and harbors, curtailing shipments along the East Coast for more than a month.

Although severe weather hindered commerce, residents learned from their experiences. City residents began stockpiling firewood and other supplies in advance of winter. For those who could not afford enough wood or coal to warm their homes through the winters, charities often came to their aid. To improve travel in wintertime, horse carts and coaches were installed with ski-like runners, which were better able to handle snowy conditions than wheels. Of course, parties of revelers often took advantage of the snowy roads and -covered rivers, which proved excellent for sleigh rides.

Weather watchers in rural areas and cities kept wary eyes on temperature and air pressure, and provided a climatological record as well as weather diaries for future reference. Beginning in the 1820s, they sent records to the Smithsonian Institution where the various reports were collected in an attempt to analyze and forecast weather. Reports were also relayed to the public through newspapers and telegraph dispatches.