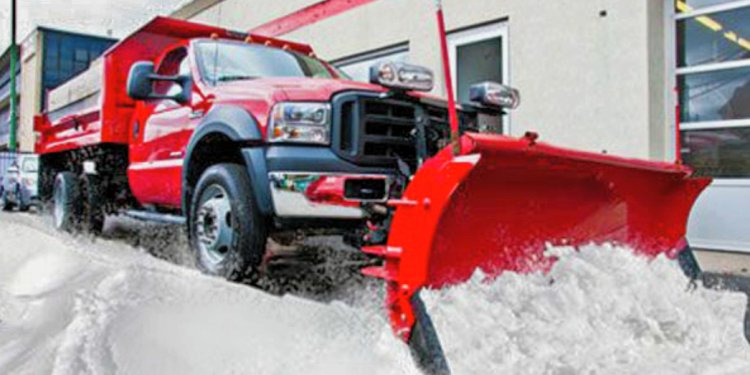 If necessity is the mother of invention, than Traverse City, Mich., is the kind of place you’d expect to create a great way to clear snow. The town averages about 100 inches of snow a year. Five years ago, resident Jerry Schichtel watched his neighbor Paul Starner struggling to remove snow. Starner has a prosthetic arm and two artificial knees.

Schichtel told Starner about a wooden device he built as a child with his brother to clear a path from their home to the family barn.

“He said, ‘Build one out of modern materials and if it works I’ll sell it to the world, ’ ” said Schichtel, now 77.

The duo went to work with hacksaws, a welder and hand drills in Schichtel’s garage. After five prototypes they had their product. It’s an alternative to a snowblower that doesn’t burn fossil fuels. In their second winter of sales they’ve sold over 200.

2. The Wovel: A shovel that’s better for your back.

Mark Noonan invented the Wovel (rhymes with shovel) to ease the strain on his achy back. The wheel makes lifting snow much easier. The New York Times has called it “the iPod of snow shovels.”

3. The Snowcaster. This broad push shovel can’t handle heavy snows, but is perfect for quickly clearing a dusting or a few inches.

An Indianapolis snow removal company began making them after the original manufacturer in North Dakota went out of business. “We were without our favorite tool. We thought we got to start making them for ourselves and we might as well sell them, ” said Kevin Mangin, who leads business development at the B&B Group. They’ve since sold the Snowcaster to ECA Enterprises.

4. A robot that does the work for you.

For the fourth straight year engineering students will meet in St. Paul this week for the Autonomous Snowplow Competition. But don’t expect a robot to be clearing your sidewalk anytime soon. Professor Wouter Pelgrum, the faculty advisor for the Ohio University team that won the first three competitions, thinks cost and safety issues are too much to overcome in most cases.

“You have your Roomba that can autonomously vacuum your house. You could foresee the same thing. The robot would be dormant on this shelter or rooftop but when it senses a little bit of snow accumulating it would come out — specifically in the U.S. where we see enormous warehouses and enormous roofs that have significant snow load, ” Pelgrum said.

5. A man-powered snow plow. Bob Beechy of Ontario built this plow from a pedal cart:

6. The bicycle plow. Beechy also created this. Learn more about his work here.

7. A shovel with three handles and a foot rest.

The G4 from Garant is something of a hybrid shovel. “You can push the snow, but if you’re strong enough, you can also remove it and throw the snow away, ” Garant winter product manager Laurence Grenier said.


The G4 from Garant.

8. Sleigh shovels/Snow scoops. These are designed so snow isn’t lifted. There will be less strain on your back and your heart.