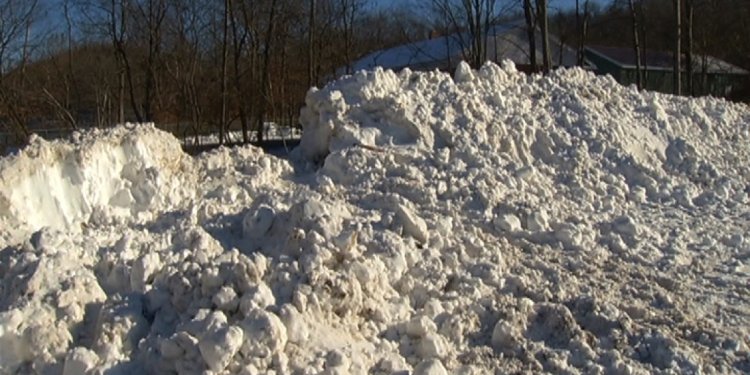 CHARLOTTE, N.C. — When Logan Daitch said he wanted to try out for the grade-school production of "Beauty and the Beast Jr., " his mom and dad were delighted. And like most parents, they wanted to help him do well at auditions.

So Jessica Daitch made sure he had time to practice. And just once, during his piano lessons, she asked the teacher if she would work with him on a song. The teacher ran through it and offered advice. Whether he would use that advice or practice effectively both teacher and parents left to the 11-year-old boy.

Jessica wants to parent well, but she's antsy about the possibility of overdoing it in ways that will harm the development of Logan and his sister, Ivy, 9.

That's not always the case. Teachers, psychologists, bosses, sociologists and others are beginning to talk about "snowplow" parents: mothers and fathers who move ahead of their children, trying to clear all obstacles and problems out of their way. They are similar to helicopter parents, who hover to "help" their kids do homework, figure out relationships and manage other tasks. Snowplows, though, may eliminate the child's or young adult's involvement entirely, plowing on ahead and sometimes flattening anything in their path.

That plowed road that was supposed to reduce the child's pain and prevent failure may instead stifle victories and opportunities to learn. Experts say parents who are trying to help their kids may instead undermine their confidence, slow their development and keep them from mastering skills they'll need to become competent adults.

“Parents have the best intentions, ” said Lauren Nichols, assistant professor of clinical psychology at The Adler School of Professional Psychology in Chicago. “But children need both positive and negative experiences to build positive self-esteem. By eliminating failure and even minor negative moments, parents are doing their children a great disservice.”

When parents intervene in ways that most say is not appropriate for that stage of life, they make it harder for their children.

"Children throughout development should experience failure, " Nichols said. "And it's also important to know you have someone to turn to when failure happens. It needs a good balance so children learn how to deal to a point, then how to reach out for help."

"You can have a flat tire, a boss who yells, a class that's harder than expected, " Jay said. "Things go wrong that parents can't control, and they are worse if you haven't learned skills gradually."

That means letting kids tackle manageable challenges and allowing difficulties to grow alongside children, she said. "It's OK to let a child face consequences, have problems, get stuck. That's how they learn."

Snowplow parents may go to great lengths to see children get perfect grades, from helping with homework to browbeating teachers. Jay warns that a 4.0 GPA gained by snowplowing "is a sham that won't stand up to what it's going to get them. I have clients with jobs who are really in over their heads. Their grades got them there, but the amount of scaffolding and parental support, etc., put in place where it really doesn't belong — it's setting the kids up to fail."

The human brain is not fully developed until the early to mid-20s, with executive functions such as planning, setting goals and handling emotions still being worked out. The brain gets better at it by doing it. Still, Jay said parents sometimes think "my child isn't capable; if I protect them until they're 25 or 30, then unleash them on the world, they will never have trouble, never have pain."

It doesn't work that way. Development is a progression, and more exposure to challenge is better.

"If they don't learn to plan to feel consequences, to handle disappointments, to tolerate their own anxiety and stress during those years, it's going to be much harder to learn it later, " Jay said. "People think they are protecting their kids when they are really setting them up to be more vulnerable."

Jessica's friend and fellow Charlotte resident Ki Kiernan is a "figure it out" mom. The mom of three — Summer, 17, Amber, 15, and Matz, 13 — moved to America for her husband Richard's job about five years ago. Before that, they lived in Thailand.

They're trying to grow independent, capable children, and Kiernan jokes she does it partly for her own sake. Her husband's job always required travel, so she was, in practice, a single parent at times. She let Amber tell her when she was ready to potty train. It was much less difficult.

"You feel like your child is an underachiever if that child is not the same as everyone else, " Kiernan said.

She consciously let that go. She let Summer wait a few extra months to tackle driving, until she decided for herself that it was time. It wasn't long — and she really was ready.

"I hear a lot of parents say, 'My child is no good at taking tests. They're messing up.' Some are nervous, " Kiernan said. "But often a child who has found it hard to retain the information had a parent hovering over their shoulder, and it's not the child's work, so they don't learn."

How do you park that snowplow?

It's probably not a good idea to turn it off in the middle of the road and walk away.

"Kids are probably not ready for you to just stop, " Jay said. "Instead, ask yourself what they are capable of doing that you are doing for them, and stop doing it. Let them wash their clothes. Let them mail their rent check. Let them book a flight home for Christmas. Those are things they need to do, so why not now?"

Things that children should be responsible for within the next couple of years are things they should be starting to do themselves.

It's never too late to stop plowing. Jay spoke of a young woman who moved back home. Soon her mom was doing her laundry and babying her, until mom got tired and told her she had three months to move out.

"We know you can find a job and do this, " the mother said. The young woman told Jay "it was actually a relief to me to hear them say that in a tough economy I was equipped and could handle this. I had been getting the message there was no way I could make it."