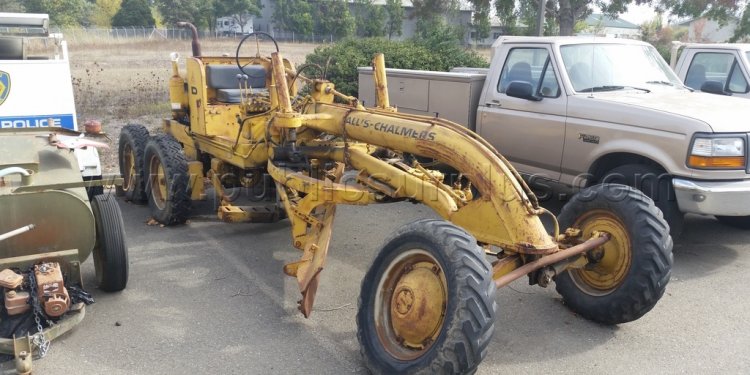 Today, the name Allis-Chalmers is synonymous with the trademark orange colored tractors it produced starting in the early 1900s. However, Allis-Chalmers was also involved in many other small businesses during its years in operation. Nonetheless, the two principle revenue streams that would come to dominate and account for the majority of the company’s sales through the years would be construction and agricultural equipment manufacturing. Interestingly enough, it was not founder Edward P. Allis who spearheaded the company in this direction but a man named Otto Falk.

The gradual selling off of Allis-Chalmers' construction division to Fiat S.p.A and its farm equipment division to Klockner-Humboldt-Deutz AG (KHD) can be attributed to the fact that the company focused diversification efforts mainly through acquisitions and dependence on auxiliary equipment manufacturers rather than in-house product development. Tracing its extensive history back to the mid 1800s, the company never truly emerged as a market leader in any one field, including agricultural and construction equipment manufacturing where it continually lagged behind competitors Caterpillar, John Deere, and International Harvester.

The company’s roots date back to founder, Edward. P. Allis, an American born entrepreneur who started a leather tannery called the Empire Leather Store in Milwaukee, Wisconsin. Eventually selling off Empire Leather in 1856, Allis purchased the financially struggling Reliance Iron Works at an auction. The company was a leading manufacturer of sawmills, flour milling equipment, and casting. The company was renamed Reliance Works of Edward P. Allis & Co., and got back on its feet under Allis’ leadership. Booming wheat crops made possible by the invention of the reaper and threshing machines created a demand for flour milling equipment and spurned growth. Eventually the company employed 40 people working 55 hours a week.

In 1869 he purchased rival company Bay State Iron Manufacturing Co. His company was doing well, but in 1873 a depression forced Allis into bankruptcy. Able to stay in tact after negotiating his debt, Allis’ company quickly grew. By 1889 he employed 1, 500 workers and shipped a total of US$3 million in equipment annually.

Allis was not an inventor, but an entrepreneur with a strong background in the areas of finance and marketing. He left product development to management and a number of gifted inventors in order to move his company forward in the manufacturing of sawmill and flourmill equipment and steam engines.

George M. Hinkley joined Allis in 1873 as an engineer and salesman. One of his more significant contributions was the bandsaw that eventually replaced the circular saw in milling operations. This invention was said to have transformed the logging industry at the time. In his career, Hinkley was awarded 35 patents for a range of sawmill machinery and accessories.

Edwin Reynolds came to Allis as the former general superintendent of Corliss Works, a leading producer of steam works. Reynolds designed massive blowing engines for steel works by using waste furnace gases. The company built the largest engines of this type, standing 40 feet (12 m) high with a 76-inch (193-cm) air cylinder. His single greatest accomplishment, however, was establishing Allis as a leading manufacturer in the heavy engineering field.

The Merging of Allis-Chalmers

In 1889, Allis passed away. Part of his legacy was his exemplary leadership. Upon his death, shares of the company’s stock were split between his eight sons; however, none of them displayed the same leadership potential as their father. In 1901, a Wall Street promoter expressed interest in merging E.P. Allis and Co. with three other companies. These included The Fraser and Chalmers Co. of Chicago, a mining machinery manufacturer, Gates Iron Works, a maker of gyratory crushers and cement-making machines, and Dickson Manufacturing Co., a producer of compressors, sugar mill, and coal mining machinery. The new company was renamed Allis-Chalmers Co. Though two of Allis' sons would act as president and chairman, Wall Street interests heavily controlled the newly established company.

The first piece of equipment the newly formed Allis-Chalmers Manufacturing Co. produced was a three-bottom model tractor in 1919. However, the 1920s marked a slow period of growth in the tractor market for Allis-Chalmers. As a relative newcomer, the company faced some stiff competition from other models like Ford's Fordson tractor and the Farmall tractor developed by International Harvester. Another significant drawback was that the Allis-Chalmers model lacked implements. In addition, the company had a weak distribution system. Tractor sales in 1927 accounted for only 6.8 percent of the company’s total sales of US$2.26 million.