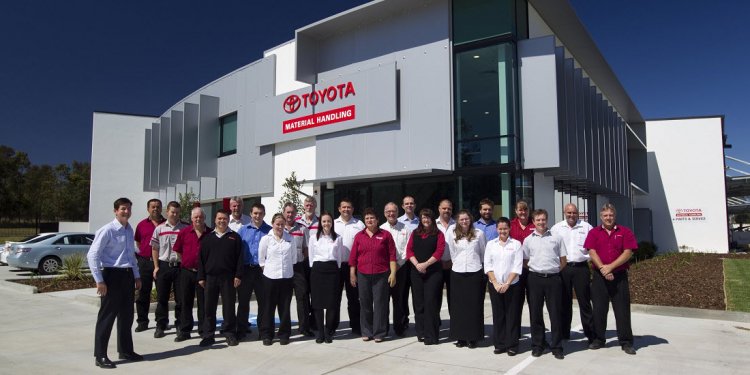 Service vans based in Gladstone cover a huge area: north to Rockhampton, south to Maryborough and west to Emerald.

"The new, larger workshop area means we can bring in forklifts for any major service, " he said.

"Our earthmoving customers can have their Toyota Huski skid-steer loaders serviced in our facility."

Mr Anderson said Toyota had a long history of customer support for Toyota forklifts and Huski skid-steer loaders in the Gladstone region, initially by service vans based in Brisbane.

"Toyota has had 'men on the ground' in Gladstone for the last five years.

"The branch has its own fleet of fully equipped service vans, staffed by the best-trained forklift and Huski service technicians in the industry."

He said the TMHA Gladstone branch has a large fleet of rental forklifts.

"Our Huski skid-steer customer base is growing as local earthmoving and concreting companies become increasing aware of the reliability, durability and ease of operation of the Toyota product."