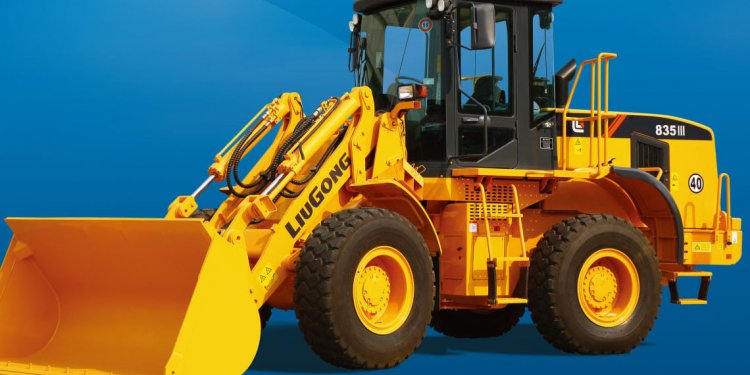 • LiuGong ranks as the 28th largest construction equipment manufacturer in the world. In 2015, LiuGong had $1.02 billion in sales revenue, selling more than 24, 367 total units.

• LiuGong is a company of many firsts, including being the first company in China to begin manufacturing heavy equipment and the producer of China’s first modernized wheel loader in 1966. The company has been integral in China’s modernization and infrastructure development.

• LiuGong has a total of 20 manufacturing facilities worldwide. The company employs around 8, 000 people, including nearly 1, 000 engineers working in four world-class research and development facilities. In 2015, LiuGong invested more than $40.8 million into its R&D program.

• The company is a leader in the design and production of wheel loaders. In 2015, LiuGong held nearly 7.7 percent of the global market share in wheel loaders and nearly 18.3 percent share domestically.

• The company supports its global product lines with a rapidly growing network of more than 300 dealers across six continents in around 130 countries. The LiuGong dealer network provides over 2, 650 sales outlets around the world.

• Supporting the dealer network are 12 regional offices with engineering, marketing and service support, coupled with 8 regional parts depots located strategically throughout the world which ensure rapid replacement of parts and servicing of equipment. LiuGong does not enter a market without dealers and support systems in place.

• LiuGong places intense emphasis on quality, which is demonstrated by a commitment to Six Sigma methodology and compliance with ISO 9000 standards. As a result, after a rigorous review, LiuGong was awarded China’s National Quality Award in 2008 and again in 2014.

• According to Off Highway Research, LiuGong is renowned for being one of very few Asian competitors producing equipment that exceeds international standards, and other domestic manufacturers often benchmark the firm’s designs and prices.