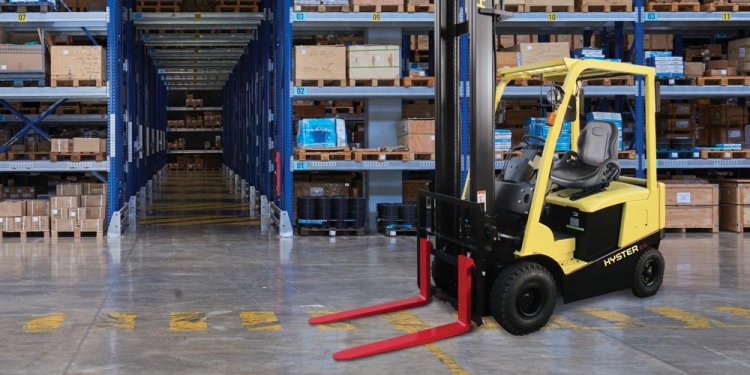 Fast spare parts supplies for tractors, harvesters and other agricultural machinery is extremely important to farmers, especially in the harvest season. The Fricke Group ensures these supplies all over Europe from their central warehouse located in the North German town of Heeslingen. A high-performance materials handling system by TGW provides for optimum processes within this warehouse.

The Fricke Group headquartered in Heeslingen, Northern Germany, ranks among Europe's largest private actors in agricultural machinery trade. The company, which was founded in 1923, developed from a traditional agricultural machinery distributor to an European service provider with nearly 1100 employees and sites in 17 countries.

Fricke mainly focuses on the spare parts wholesale business under the brand of "Granit Parts", which represents more than half of the company's annual revenues of over 460 million Euros. "Everything agricultural machinery workshops in Europe need to make their clients happy - that's what we supply, " explains Holger Wachholtz, Managing Director of Fricke. Unlike their competitors, Fricke supplies their customers nearly exclusively from one central warehouse located at the headquarters in Heeslingen. "This allows us to optimise our stock. On the other hand, we achieve a very high availability, " says Holger Wachholtz. With this strategy, Fricke responds to the situation that spare parts for agricultural machinery have a very low turnover rate and that, as a consequence, a high stock is required to be able to satisfy all customer wishes in a minimum of time. 165, 000 different SKUs are kept on stock in Fricke's warehouse, a total of 4.5 million items are available via the online shop.

Their success proves Fricke right. Whereas the business sector is stagnating or even slightly on the decline, the revenue of the German wholesaler is on a constant increase. Therefore, the storage areas had to be extended again and again, until the company finally disposed of a 40, 000 square-metre area on which the customer orders were picked manually. In 2010, this area had become too small once again. Wachholtz remembers: "The warehouse burst at its seams, so we started to think about the right way to solve this problem." In collaboration with consultants from ViaLOG, Fricke decided to extend the Heeslingen site further and to automate parts of it, as otherwise the distances would have been too long and the productivity of the picking personnel too low.

For the automation solution, Fricke opted for TGW Systems Integration as project partner. But the decision was not made in favour of a "goods-to-person" picking system, like one would have guessed. Instead, Fricke decided to concentrate the small parts picking operations in a 4-level shelving rack system. In this system, the orders are picked on all levels in parallel, and each employee works on several orders at a time to optimise the picking routes. This optimisation permitted Fricke to increase the picking performance per employee to about 60 items per hour, which is a three times higher rate than before.

Automation concentrates on the subsequent order consolidation processes as well as on the material flow towards the packing and shipping areas. This system is ideal for Fricke's order structure. "Our customers place their orders until 6 p.m. and want to have the ordered goods on their workbench the next morning. Preferably by 7 a.m., " explains the Managing Director of Fricke. "And we only have very little time to pick the orders. We receive 50% of the orders between 3 and 6 p.m., which means we need a very high capacity in this period of time."

Up to 5, 600 order lines are picked in the small parts area per hour. Another 2, 400 order lines per hour are picked at peak times in the other areas. The parallel order picking in several areas requires the subsequent consolidation of the orders. "We merge the goods from the different order picking areas in a buffer in order to forward them together to the packing area, " adds Holger Wachholtz.

6, 000 to 7, 000 customers are supplied with a total of 12, 000 packages every day. "Our customers would not accept it, if we sent them five packages for a small order, besides the costs. They want as few packages as possible, " explains Holger Wachholtz. Therefore, a powerful buffering system is necessary, which was implemented with a TGW STINGRAY shuttle system.

The goods picked into plastic totes are placed onto the conveyor system in the respective picking area and conveyed automatically into the shuttle buffer. A total of 76 TGW STINGRAY shuttles service the 9, 120 storage locations in four aisles where the picking totes wait until all goods have arrived for the respective order to be completed. Only then will all totes for a customer order be retrieved and forwarded to one of the packing workstations.

The shuttle system was chosen for this application to be able to handle the required high performance at the daily peaks with the least possible amount of technology. The four STINGRAY aisles achieve performance rates of more than 4, 000 storage and retrieval movements per hour. In a traditional automatic mini-load warehouse with stacker cranes, much more aisles would be necessary to handle the same performance, which would not only involve a higher investment volume, but also a considerably higher warehouse footprint and energy consumption.

But the storage and retrieval performance alone is not quite enough. Also the conveyor connection between order picking, buffer storage and packing calls for high performance rates. TGW abandoned the idea of using conventional conveyor equipment for this function, and instead relied on a Cross-Belt Sorter which goes right through the new building of Fricke's logistics centre.

The 64 packing stations are directly supplied by the Cross-Belt Sorter, too. All totes of an order are transported one after the other to a packing station defined by the control system. The packing personnel put the goods expertly into as few cartons as possible and forward them to the shipping area. If an order contains goods that are too big for a picking tote, plough shares for instance, the small parts for this order will be consolidated in a separate area with the large parts to be able to ship the overall order as one consignment.

In the shipping area, the finished packages are automatically sorted according to routes and provided on the corresponding target lanes of the conveyor system. Day by day, about 60 trucks arrive at Fricke's shipping bays to pick up the goods and deliver them to the distribution centres of the different parcel service providers. In the end, the goods must arrive at the customers on the next morning.

The project at Fricke started in 2011, and 35 million Euros were invested in total in the new logistics centre. In spring 2012, TGW started to install and commission the automation technology, and in November of the same year the system went live. This time of the year was intentionally chosen, since Fricke's workload is traditionally at the lowest level during November and December. The harvest season, in which the farmers have their machinery in permanent use and spare parts supplies are consequently extremely important, is over and the preparations for the new year are still to come.