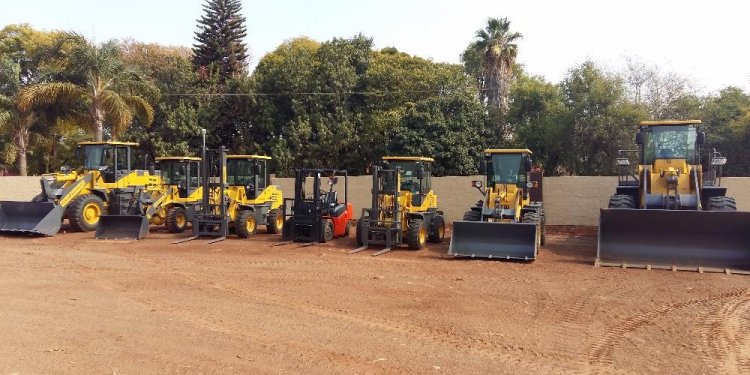 A man was arrested early Thursday after police say he used a stolen front-end loader to smash into a Midtown liquor store, steal alcohol and lead officers on a low-speed chase through East Anchorage.

Police spokeswoman Jennifer Castro said in a statement that police were flagged down at about 3:20 a.m. by a witness who had seen the vehicle — fitted with a pair of forklift prongs — crash into the Brown Jug liquor store in the 2200 block of East Northern Lights Boulevard, "ripping off most of the front entrance of the store."

During a police pursuit of the loader, seen in a dashcam video APD posted on YouTube, police repeatedly tried to stop the vehicle before blocking its path at an RV park on the 4100 block of DeBarr Road at about 3:30 a.m. The driver, 38-year-old Joseph Martin, was arrested.

Police later learned that the loader had been stolen from a business in South Anchorage on Runamuck Place, where further damage was done when the loader was taken.

Trina Gaskov of Green Acres Landscaping Construction and Aquascapes confirmed the loader belonged to the company she owns with her husband, Gus. Located in a quiet residential neighborhood off Dimond Boulevard, the construction site isn't visible from the freeway. Gaskov said she was stunned to learn what happened Thursday morning.

"It kind of boggles our mind, " she said.

Castro said Thursday afternoon that Martin didn't have any apparent connection to either the Brown Jug store or the landscaping business. Gaskov said they did not recognize Martin.

"The fence had gotten broken through when he took the loader, " Castro said. "The keys were left in it, but it was left in a fenced-in area that was supposed to be secure."

Gaskov said there had been some petty thefts from the construction yard previously but never anything as significant as a piece of heavy machinery. The front-end loader was undamaged Thursday and the damage to the company's gate was minimal, she said.

"He's obviously a good driver, 'cause he was drunk off his butt but he was still driving really good, " she said in a phone interview Thursday. "He didn't hit a car or nothing — and making those wide turns — he must have experience driving around the loaders or something."

Several police officers were involved in pursuing the loader early Thursday. Castro said some of them drove ahead of the vehicle to block cross streets and prevent drivers from turning onto the road in front of the chase. Ultimately, no injuries were reported during the entire incident.

"Trying to figure out how to stop this thing in a safe manner was kind of challenging for us, " Castro said. "Not only is this thing big and heavy, but it's got those two forklift prongs on the front — nobody wants to be impaled or anything like that."

At one point in the scanner traffic heard on the video, according to Castro, officers consider asking about the availability of a dump truck to block the loader.

"They mention that they think that they can't use spike strips, because they don't think it would do anything to the tires, " Castro said.

Castro said she couldn't recall police handling any similar chase involving construction equipment during her time at the police department.

"It's definitely a different kind of response, " Castro said. "There was obviously a lot of potential here for injuries to happen, so we're glad no one was actually hurt in this incident."

It was unclear exactly how much damage the Brown Jug sustained or when it would reopen. The store closes at midnight — several hours before police received the report of the loader plowing into the building — according to Brown Jug's website.

Construction crews worked Thursday afternoon to replace almost all of the building's front windows and glass doors, sweeping glass and bricks from the floor. Rows of wine bottles close to the window remained standing and unbroken behind where the loader hit the building.

A cardboard cutout of the "Most Interesting Man in the World, " who features in commercials for Dos Equis beer, held a handmade sign saying the business was "Closed for Space Travel."

A Brown Jug manager on scene declined to give his name or answer questions about the incident. Calls and emails to company headquarters went unreturned Thursday afternoon.

Martin was charged with offenses including DUI, theft, burglary, criminal mischief and refusal to submit to a chemical test. He was held on $30, 000 bail and a $50, 000 performance bond, with a court-approved third-party custodian required for his release.