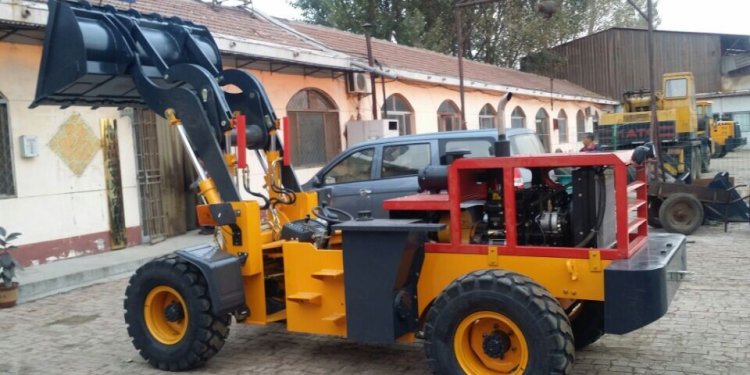 Also known as a front end loader, bucket loader, scoop loader, or shovel, the front loader is a type of tractor that is normally wheeled and uses a wide square tilting bucket on the end of movable arms to lift and move material around.The loader assembly may be a removable attachment or permanently mounted on the vehicle. Often times, the bucket can be replaced with other devices or tools, such as forks or a hydraulically operated bucket.

Larger style front loaders, such as the Caterpillar 950G or the Volvo L120E, normally have only a front bucket and are known as front loaders, where the small front loaders are often times equipped with a small backhoe as well and called backhoe loaders or loader backhoes.Loaders are primarily used for loading materials into trucks, laying pipe, clearing rubble, and also digging. Loaders aren’t the most efficient machines for digging, as they can’t dig very deep below the level of their wheels, like the backhoe can.

The deep bucket on the front loader can normally store around 3 – 6 cubic meters of dirt, as the bucket capacity of the loader is much bigger than the bucket capacity of a backhoe loader. Loaders aren’t classified as excavating machinery, as their primary purpose is other than moving dirt.In construction areas, mainly when fixing roads in the middle of the city, front loaders are used to transport building materials such as pipe, bricks, metal bars, and digging tools. Front loaders are also very useful for snow removal as well, as you can use their bucket or as a snow plow. They can clear snow from the streets and highways, even parking lots.They will sometimes load the snow into dump trucks which will then haul it away.

Unlike the bulldozer, most loaders are wheeled and not tracked. The wheels will provide better mobility and speed and won’t damage paved roads near as much as tracks, although this will come at the cost of reduced traction. Unlike backhoes or tractors fitted with a steel bucket, large loaders don’t use automotive steering mechanisms, as they instead steer by a hydraulically actuated pivot point set exactly between the front and rear axles.This is known as articulated steering and will allow the front axle to be solid, therefore allowing it to carry a heavier weight.

Articulated steering will also give a reduced turn in radius for a given wheelbase. With the
front wheels and attachment rotating on the same axis, the operator is able to steer his load in an arc after positioning the machine, which can come in quite handy. The problem is that when the machine is twisted to one side and a heavy load is lifted high in the air, it has a bigger risk of turning over.