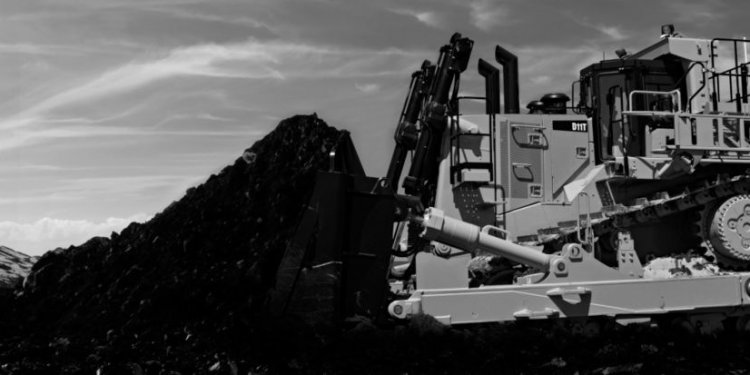 As the story goes, Admiral Bill Halsey was ranking the determining factors that contributed to the Allied Forces prevailing in World War II. He rattled off submarines, radar and planes. But he surprised listeners with his final answer — the bulldozer.

At a time when central Illinois owned the title of the “earth moving capital of the world, ” an unlikely convergence of war strategy and industry thrust the region's manufacturers into a prominent role in World War II.

The freshly merged company known as Caterpillar Inc. moved its headquarters to Peoria a little more than a decade before the United State officially entered World War II. Caterpillar operated only two plants at the time, one in East Peoria and the other in San Leandro, Calif., with the East Peoria plant dominating tractor production.

In 1935, Robert Gilmour LeTourneau completed a similar move in picking up his California operations and bringing them to central Illinois “on the old circus lot down by the river, ” according to his autobiography “Mover of Men and Mountains.” His new plant inhabited and then expanded upon the brick buildings of the former Avery Manufacturing Co. along NE Adams Street, in the area current residents know as Komatsu.

LeTourneau, the eventual owner of more than 300 patents for his innovations in earthmoving equipment, wanted to expand his business beyond the West Coast. But mostly he wanted to remain near to Caterpillar, the company that produced the tractors that pushed and pulled his scrapers and blades.

Wartime production had already ramped up for Caterpillar as a participant in the government’s "Lend-Lease" program. Caterpillar tractors were already being used by Allied Forces in the early stages of World War II.

“There wasn’t an immediate situation where the war happened and the switch went on and there was a big change, ” said Lee Fosburgh, who runs Caterpillar’s archives as its Corporate Heritage Sponsor.

Meanwhile, LeTourneau equipment contributed to the war “almost from zero hour, ” according to “Moving Heaven and Earth, ” a biography of LeTourneau written by Donald F. Ackland. The enemy attackers on Pearl Harbor neglected to target a fleet of earthmoving machines at the base, leaving them untouched in the wake of the wreckage.

An assortment of Tournapulls — the motorized scrapers created by LeTourneau — was among that fleet, and the master mechanic on the base converted two of them into flexible crane units by removing the scrapers for tractor cranes with Tournapull yokes. The hybridized machine sorted out the wreckage for salvage with “speed and efficiency.” The Tournapulls also filled in bomb craters on runways and aprons, allowing the pilots that had flown to challenge the Japanese attackers to safely return to the base.

Central Illinois plants geared up for greater production when the United States entered the war. The Defense Department initially asked for a variety of equipment from Caterpillar, including smaller items such as transmissions for tanks and undercarriages for howitzers. Then, according to Fosburgh, the Defense Department decreed for production to switch exclusively to motor graders and track-type tractors on a large scale.

Meanwhile, LeTourneau rolled off its assembly line all manner of equipment: Carryall scrapers, cranes, rooters, sheepsfoot rollers, Tournapulls, dozers. The vast majority were power control units, which amounted for more than 50 percent of what the LeTourneau plants produced for the war.

The plant’s rare foray into weaponry was the manufacturing of 155-mm shells, the standard ammunition for howitzers at the time. At one point, LeTourneau churned out 40, 000 shells a month and continued throughout the war as demand dictated.

The need for earthmoving equipment, in addition to traditional military weaponry and machines, in the most widespread and deadliest war in global history might not seem intuitive. But the proof was documented in the effectiveness of those earthmoving machines’ results and the military’s effusive praise for the equipment.

Detailed in “Moving Heaven and Earth, ” a lieutenant colonel from the Army Corps of Engineers wrote a letter to R.G. LeTourneau during the war describing his company’s impact on the war.

Dozers, tractors and scrapers were the first to the battlefields, clearing the roads and creating pathways for the eventual arrival of the infantry. In a curiosity that wouldn’t occur in modern warfare, these machines bore the Caterpillar insignia, according to Fosburgh.

The earthmoving machines were instrumental for the construction of makeshift airfields for the Allied powers across the globe. Between November 1942 and May 1943, an estimated 120 airfields were put into use in North Africa, all of which required the use of Caterpillar and LeTourneau products.

On the homefront, keeping the central Illinois plants in a state of constant production necessitated a massive work force.

"There was a need for everybody, " Fosburgh said.

Fosburgh collected stories of high schoolers gaining permission to ditch school in order to work four hours a day in the Caterpillar plant. The "Rosie the Riveter" movement of women working in manufacturing roles also existed at Caterpillar. Fosburgh likes to point out that, contrary to most beliefs but confirmed by employee newsletters, a significant number of women remained on the work force with Caterpillar following the war.

The production efforts extended beyond the plant floor during the infamous flood of 1943, where the Illinois River reached a 99-year peak. About 20, 000 people from Caterpillar and the community filled and stacked 1.7 million sandbags to protect the East Peoria plant. LeTourneau's plant, located upriver and in closer proximity to the water, was breached by the water, stalling production for a time.

The role of central Illinois manufacturing in the victory for the Allies perhaps can't be quantified, but the sheer numbers paint a picture. In the years following the war, R.G. LeTourneau said his products amassed more than 50 percent of the earthmoving equipment used by the Allies. Later, he would change that figure to 70 percent. Caterpillar could boast a similar figure as most LeTourneau equipment was attached to Caterpillar tractors or graders.

"Scarcely a battle area existed where gear produced in Peoria ... did not lend a hand or make an essential contribution, " Ackland wrote in "Moving Heaven and Earth."