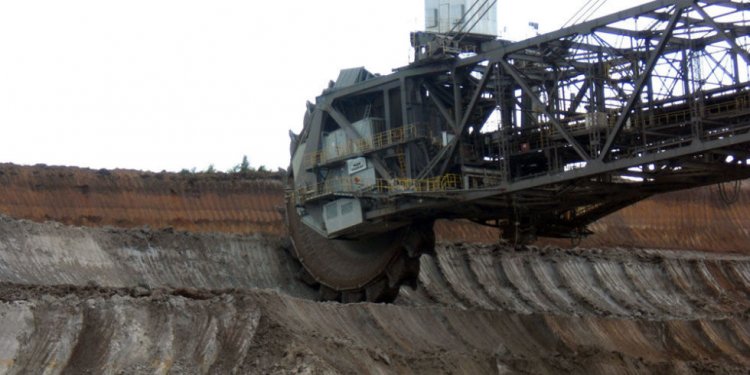 Angry Chinese construction workers fought with six huge bulldozers on the streets of China. The fierce battle was caught on video which is going viral.

Workers from two competing Chinese companies decided to settle their arguments with a demolition derby style battle, reported Gizmodo. However, instead of clashing in a cordoned off area with reinforced cars, the Chinese workers attacked each other in bulldozers and other similarly huge earth-moving equipment. The video of the battle with bulldozers shows several such machines ramming each other on a public access road in broad daylight as ordinary and relatively puny passenger cars scurry past, trying to avoid the pandemonium.

The police eventually showed up to stop the war, which would have easily hurt or killed anyone unfortunate enough to get in the way of the bulldozers. The incident happened in northern China. Officials later confirmed the clash with earth-moving equipment was the result of an intense argument between two competing construction companies. The clash left at least two bulldozers toppled over in the middle of a busy street, inconveniencing other passenger and commercial vehicles.

It is not known why the construction companies got involved in a brawl, but apparently the argument quickly escalated and, instead of a traditional fistfight, workers drove six bulldozers and attempted to ram and topple their opponents. The video shows one driver running unhurt out of his toppled bulldozer, a fast-moving type also known as a wheel loader, while a friendly bulldozer tries to lift it back up, reported Toronto Sun. A few more bulldozers arrive on the scene but don’t appear to take part in the clashes. It appears other workers in equally large construction vehicles heard the commotion and merely came to observe. Though a couple of the big machines toppled, there is no confirmation about any injury. An investigation into the brawl is likely to be conducted.

Horrifyingly, the brawl involving six large earth moving and construction vehicles took place on a public street, putting civilian lives at risk. The video clearly shows passenger vehicles rushing past the battle while trying to avoid being a part of it. A large dust cloud further scares away the cars that are simply no match for the large machines.

Confirming the incident, Xu Feng, a local government spokesman in Hebei province’s Xingtang county, added that the construction workers who clashed belonged to two different companies that had been fiercely competing for business. Feng declined to mention the names of the companies or the workers. He noted that any information about the incident, including arrests or injuries, is deemed confidential until the investigation is conducted.

Best way to settle an argument is by using bulldozers

Construction is one of the largest industrial and commercial sectors in China. In fact, real estate construction represents a far higher proportion in the country’s economy than other major countries, reported The Guardian. Close to 25 percent of resources, machinery, equipment, and manpower is directly or indirectly involved in the construction business. Unfortunately, China’s construction industry isn’t doing well. Owing to the recent economic slowdown in the country, the construction activity too has declined substantially. In a ripple effect, ancillary industrial sectors like steel, glass, and cement too have taken a huge blow. Regional experts indicate the sector’s growth is down by two-thirds from its peak a decade ago, putting tremendous pressures on companies involved.

As a direct effect, companies are forced to lay off hundreds of workers. It is quite likely that, fearing a huge loss, Chinese construction workers began brawling with the largest weapons they had and ended up fighting with bulldozers.

What is Earth Moving Equipment?