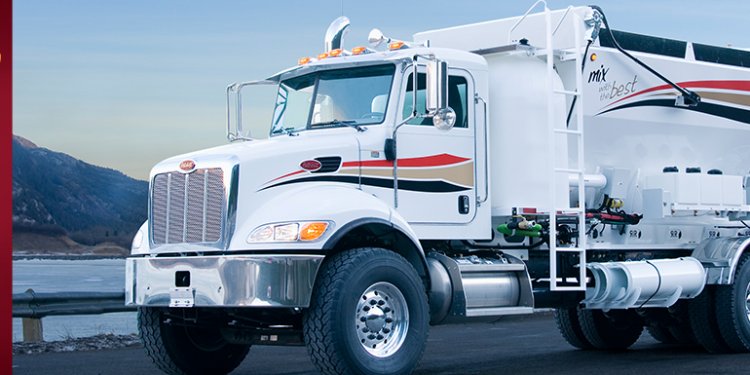 The concept of measuring and producing concrete by volumetric measurement is not a new one. The basic unit of measure in the concrete industry, a Cubic Yard, is a measure of Volume. From the earliest times, concrete has been produced using volume rather than weight as the common denominator.

This system enabled the Romans to reproduce their “ recipes “ wherever they went, and to build structures that remain 2000 years later. Whether they were using materials that were round or angular, fine or coarse, in Italy or England, before they understood specific gravity, proportioning by volume ensured consistency.

This concept continued into the 20th Century. Many projects, such as the Panama Canal, utilized Volume measurement to produce quality concrete. The most basic “mix design”, 1 shovel of cement, 2 shovels of sand, 3 shovels of stone, is proportioned by volume.

Today, whether a mix design is calculated for a specific strength or to have particular placing or finishing properties, it is still proportioned by using the known volumes of the ingredients. A cubic yard is still 27 cubic feet, no matter what the components weigh.

The modern volumetric mixer was developed in the early 1960’s. Harold Zimmerman took the concept of proportioning by volume, and designed a machine that could carry the ingredients needed to make concrete and produce it on site, rather than delivering concrete that had been made elsewhere. He applied for a patent on June 26, 1964, and teamed with Irl Daffin to begin production of the Concrete-Mobile shortly after.

The Concrete-Mobile became a large success, with over 2000 being produced by 1979.

The concrete industry recognized this, and the American Society for Testing and Materials (ASTM) developed a Standard Specification for Concrete Made by Volumetric Batching and Continuous Mixing designated ASTM C 685 in 1971. This document has been updated over the years, with the latest version being ASTM C 685/C 685M-01.

The American Concrete Institute followed suit, and wrote the Guide for the Use of Volumetric-Measuring and Continuous Mixing Concrete Equipment, ACI 304.6R-91.

Historically, the greatest use for these units has been production and delivery of small quantities of material. Short loads, even as small as ½ of a cubic yard, could be delivered without fear of waste, or being “ hot “, left over from another job. If a job needed less than ordered, there was no material to dispose of. When a crew was late, or a job not ready, the concrete was not hardening in a drum, it could be produced as needed.
Many large producers began to send these orders to owners of volumetric mixers, which served to free them to do larger jobs, with less waste, and to ensure that the customer would get fresh concrete. Some companies even purchased volumetric machines to provide this service.

Over the years, however, volumetric mixers have been increasingly used in the production of specialty products. Latex modified concrete was developed in the 1970’s, for use on bridge decks as an overlay. The ACI wrote The Standard Specification for Latex-Modified Concrete Overlays, ACI 548.4-93, in 1992. This document designates volumetric mixers as the approved method of production.

In the late 1990’s, rapid hardening concretes began to be utilized on many highway projects. The ability of this material to gain enough strength to drive on in 4 hours meant that lanes could be closed after the evening rush hour, resurfaced, and opened by the morning commute. Since this product reaches its initial set in less than 20 minutes, producing it on site is critical.

As acceptance of volumetric mixing increased, so did the demand. Other companies began to manufacture volumetric mixers, some for their own use and others to meet the rising call in the marketplace.

Contractors who wanted to gain control over the quality of the concrete produced, as well as specific kinds of mixes that they needed, began to operate volumetric mixers. These also discovered that they could determine the time of delivery and the quantity of concrete needed. With labor costs rising beyond material costs, time became a significant consideration.

As the do-it-yourself market rose dramatically in the 1980’s, the use of volumetric mixers did also. Homeowners were building patios, adding sidewalks, and erecting garages. Most of these projects called for short loads, less than 5 cubic yards, and weekend deliveries. This market was well suited for the specific advantages that a volumetric mixer could offer, on time delivery of fresh concrete, and paying for what you actually used.

The pre-cast industry also benefited from volumetric mixers, a skid-mounted unit could be installed in an existing facility, and a consistent mix could be produced, in the exact quantity needed for each form. This enabled costs to be controlled in a highly competitive market.

The use of volumetric mixers continued to expand, as states, counties, and municipalities across the country began to add this equipment to their inventories. Small quantities needed for parks and playgrounds, sidewalk replacement, and middle of the night water main repairs were easily met with these units.

The federal government also saw advantages, and several branches of the military added volumetric mixers. These were used during the Gulf War, repairing runways after bombings, reinforcing docks for unloading of ships, and any place where concrete was needed quickly and remotely.

Volumetric mixers have been mounted on barges to repair and upgrade bridge supports, on railroad cars reaching far inside tunnels to provide concrete as needed, on trailers that can be left on a job for extended periods, and even used as a remote batch plant to load barrel mixers.

The international market for volumetric mixers continues to grow, as the advantages of on site mixing in countries with poor road systems are seen. Acceptance in Europe is growing, as CE approvals have been granted for these units. Volumetric mixers have been in place throughout Africa, Asia, Australia, and South America for decades.