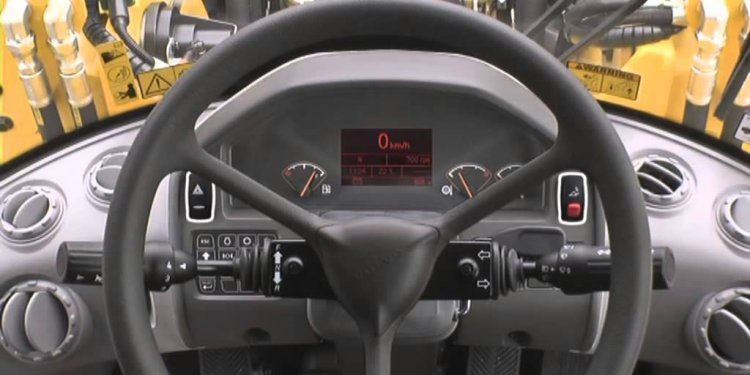 Excavation machine made up of a wheel tractor, a backhoe and a front-end loader.

Oscillating part of the backhoe that moves the dipper arm and thus the bucket up and down.

Oscillating part of the backhoe that moves the bucket toward and away from the tractor.

Hydraulic device consisting of a telescopic arm that controls the movement of the dipper arm.

Bucket for digging into the ground; it is loaded by dragging it toward the tractor.

Hydraulic device consisting of a telescopic arm that controls the back-and-forth motion of the bucket.

Hydraulic device consisting of a telescopic arm that controls the movement of the boom.

Protrusions along the rim of the bucket that cut into the material to be moved.

Set of levers for manipulating the backhoe.

Deep trough that can be raised and tipped.

Part impelled by the bucket hydraulic cylinder that allows the bucket to swivel on a horizontal axis.

Hydraulic device composed of a telescopic arm that controls the movement of the bucket lever.

Compartment from which the operator controls the wheel loader.

Hydraulic telescopic device that raises and lowers the lift arm.

Lever that connects the loader to the tractor; it raises and lowers the loader.

Set of parts that causes the backhoe to move around a vertical axle to swivel the bucket from side to side.

Equipment for digging into the ground and moving rubble; it consists of a bucket, an arm and a boom impelled by hydraulic cylinders.

Machine whose chassis can be articulated; it is equipped with a backhoe and a loader.

Equipment for lifting objects or material to be moved or loaded; it consists of a bucket and a lift arm impelled by hydraulic cylinders.
Source: www.visualdictionaryonline.com