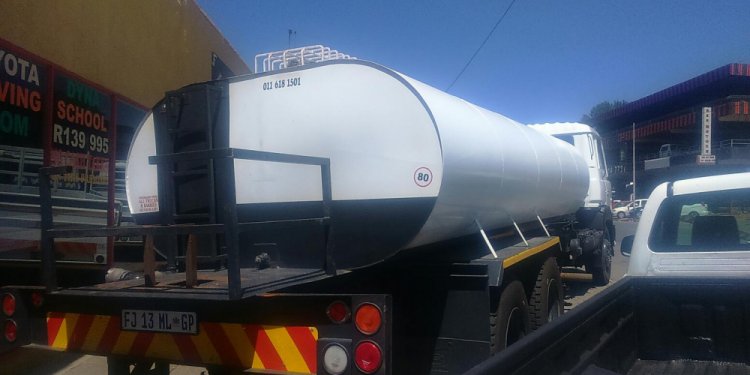 Johannesburg - Water reservoirs are fast running dry as the persistent heatwave gripping Gauteng and other parts of the country aggravates the chronic water shortage.

The gravity of the problem was felt this weekend as areas around Midrand and Kyalami went without water after the reservoirs ran empty. The City of Tshwane also said parts of Laudium and Atteridgeville were without water on Monday as a result of water-supply restrictions by Rand Water.

Spokesperson Lindela Mashigo said more than 10 water tanks had been sent to the affected areas as Operation Hydrate began distributing 5-litre bottles of water as an emergency measure to residents who had been without water for 36 hours. In Joburg, reservoirs in Grand Central in Midrand and Ormonde, Diepkloof and Orlando East in Soweto were running low.

Residents might not have water later on Monday, if consumption was not reduced, Johannesburg Water spokesperson Tidimalo Chuene said.

“Our Grand Central reservoir is showing signs of high usage but reservoir levels are still on normal levels. If water usage remains high, residents will be without water very soon, ” Chuene said.

She warned that if residents did not reduce their water usage, the shortage might spread to more suburbs. This could prove dire, as the city would not be sending water trucks to areas with water shortages. Chuene said the city provides water tankers only during planned water interruptions or unplanned ones caused by pipe bursts.

“We advise residents to take this warning seriously.”