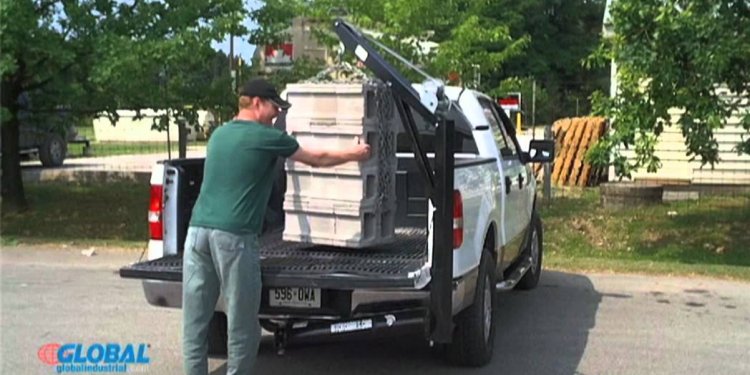 Rated 4 out of 5 by TexasTransplant Almost great - except won't work on a F150 I really love the quality, heft of the product, design and so forth. What I totally do NOT understand, is how someone designs something for the average Pick-up truck usage, and the design fails to work on the most popular pickup truck in the world. The Ford F150. I have a 2009 Crew Cab with a trailer package. Heavy duty 2" receiver on it. It is 16" off the ground (bottom of the hitch). The length of the legs and supports misses by almost 8". 24" off the ground for the hitch - is insane given that the F150 (and most other trucks) are not that high off the ground. I do have a solution to that, it just completely does not make any sense that this will not fit an F150! Likely does not fit most other Pickups either. Be absolutely certain that you measure the height of your receiver. It must be between 24 and 30" to work, per the answer given on this site. January 13, 2017

Rated 5 out of 5 by PGonz portable truck crane this portable truck crane is perfect for what it was designed for. it is capable of lifting 1, 000 pounds safely and can be removed from the truck's frame mounted hitched when not in use. this product would be more useful if it had a hand winch system that could winch items up once the boom was at the height and distance needed to swing the items into position. August 12, 2016

Rated 4 out of 5 by flstf Heavy But not as heavy as the stuff I need to lift. Will be valuable but not frequent use. I would like to have seen pins for the hitch bar instead of set screws. I have already abandoned their use and I'm sure most users have as well. August 1, 2016

Rated 5 out of 5 by WoodworkerPhil E-Z Lifting I found this crane easy to assemble and take anywhere I want to go. It sets up quickly allowing me to load logs into the back of my truck. The way it offsets to the side, allows for easy lifting and pivoting of material into the bed of my truck. I can now move heavy loads without help or a sore back. Great product! July 28, 2016

Rated 4 out of 5 by Dannorth Ultra-Tow Hydraulic Hitch Mount Crane Worked just as advertised. The only issue is if you mount it on the right side of the truck, the jack handle will hit the vehicle. Mounted on the left side and the jack handle points outward. I plan to use a "stinger" on the hitch receiver so it will have clearance in either direction. Easy to set up and stores flat in the back of my truck. July 17, 2016