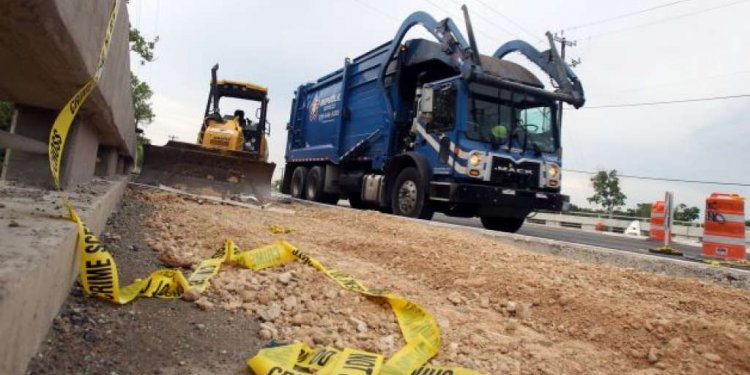 The selection of the appropriate type and size of construction equipments often affects the required amount of time and effort and thus the job-site productivity of a project. It is therefore important for site managers and construction planners to be familiar with the characteristics of the major types of equipment most commonly used in construction.

One family of construction machines used for excavation is broadly classified as a crane-shovel as indicated by the variety of machines in Figure 1. The crane-shovel consists of three major components:

The type of mounting for all machines in Figure 1 is referred to as crawler mounting, which is particularly suitable for crawling over relatively rugged surfaces at a job site. Other types of mounting include truck mounting and wheel mounting which provide greater mobility between job sites, but require better surfaces for their operation. The revolving deck includes a cab to house the person operating the mounting and/or the revolving deck. The types of front end attachments in Figure 2 might include a crane with hook, claim shell, dragline, backhoe, shovel and piledriver.

A tractor consists of a crawler mounting and a non-revolving cab. When an earth moving blade is attached to the front end of a tractor, the assembly is called a bulldozer. When a bucket is attached to its front end, the assembly is known as a loader or bucket loader. There are different types of loaders designed to handle most efficiently materials of different weights and moisture contents.

Scrapers are multiple-units of tractor-truck and blade-bucket assemblies with various combinations to facilitate the loading and hauling of earthwork. Major types of scrapers include single engine two-axle or three axle scrapers, twin-engine all-wheel-drive scrapers, elevating scrapers, and push-pull scrapers. Each type has different characteristics of rolling resistance, maneuverability stability, and speed in operation.

Construction Equipments for Compaction and Grading

The function of grading equipment is to bring the earthwork to the desired shape and elevation. Major types of grading equipment include motor graders and grade trimmers. The former is an all-purpose machine for grading and surface finishing, while the latter is used for heavy construction because of its higher operating speed.

Construction Equipments for Drilling and Blasting

Rock excavation is an audacious task requiring special equipment and methods. The degree of difficulty depends on physical characteristics of the rock type to be excavated, such as grain size, planes of weakness, weathering, brittleness and hardness. The task of rock excavation includes loosening, loading, hauling and compacting. The loosening operation is specialized for rock excavation and is performed by drilling, blasting or ripping.

Blasting requires the use of explosives, the most common of which is dynamite. Generally, electric blasting caps are connected in a circuit with insulated wires. Power sources may be power lines or blasting machines designed for firing electric cap circuits. Also available are non-electrical blasting systems which combine the precise timing and flexibility of electric blasting and the safety of non-electrical detonation.

Tractor-mounted rippers are capable of penetrating and prying loose most rock types. The blade or ripper is connected to an adjustable shank which controls the angle at the tip of the blade as it is raised or lowered. Automated ripper control may be installed to control ripping depth and tip angle.

In rock tunneling, special tunnel machines equipped with multiple cutter heads and capable of excavating full diameter of the tunnel are now available. Their use has increasingly replaced the traditional methods of drilling and blasting.

Construction Equipments for Lifting and Erecting

Derricks are commonly used to lift equipment of materials in industrial or building construction. A derrick consists of a vertical mast and an inclined boom sprouting from the foot of the mast. The mast is held in position by guys or stiff legs connected to a base while a topping lift links the top of the mast and the top of the inclined boom. A hook in the road line hanging from the top of the inclined boom is used to lift loads. Guy derricks may easily be moved from one floor to the next in a building under construction while stiff leg derricks may be mounted on tracks for movement within a work area.