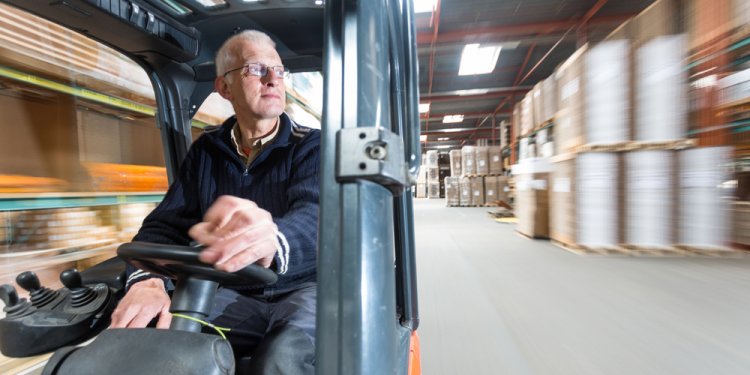 What is Forklift truck?

Innovation for saving time and effort

A century ago, the railway was the predominant method of long distance transportation on land. The railway stations were natural hubs for unloading and redistributing luggage, barrels and sacks, which in turn were hauled onto hand-operated four-wheel baggage wagons. No wonder that it was a great innovation when an official at the Pennsylvania Railroad in 1906 got the idea to add battery power to a wagon. All of a sudden there was a powered platform truck! It made material handling faster and more convenient – but still no forklift truck…

Manual heavy lifting has always been tiresome and ineffective, so the idea of a portable elevator is probably very old, but the first on record in the patent office is from 1867. It was a wooden construction with uprights, a cantilever platform, and a hoist. Maybe it was ahead of its time, because there was no commercial success for the elevator made of wood.

However, some four decades later the market was ready, and now the truck capable of both horizontal and vertical motion made its entrance. In the early 1910’s all steel lift trucks paved the way for rational unit load handling. It started in paper factories and the trucks’ benefits became obvious, so the use spread to other industries. This was a pioneering age for numerous companies who went into business manufacturing the equipment. In this era, many improvements were made, and in the 1930’s the trucks had been improved with features such as forks, shortened wheelbases, tiltable masts and welded constructions – basically similar to today’s forklift trucks.

From luxury to necessity

During WWII the need for storing, handling and shipping military goods and supplies reached previously unseen levels. An immense amount of goods had to be handled in a short time. The solution was to palletise goods – and use forklift trucks. Accordingly, a true mass production of forklift trucks was needed to meet the demand.

When the war was over, the forklift truck had proven to be not a luxury, but rather a fundamental tool for rational material handling – a position it keeps still today.