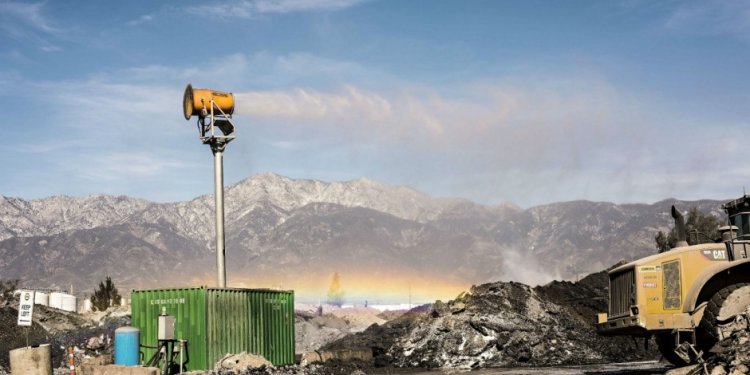 Q. I've been enjoying your program on our local NPR station, WSCL in Salisbury, MD. I ran across an intriguing article in the UK's Independent about an apparently miraculous growth medium for plants called rock dust. Sounds like this stuff is right up there with corn gluten meal. I hope you have an opportunity look into this and perhaps comment on it in future broadcasts. Best regards,

During one of your yearly talks at The Philadelphia Flower Show, you mentioned the use of rock dust for the garden. Could you recommend any quarries where I might get some? On one of your broadcast you mentioned the positive effects of stone dust on plants. Where can I get some? A. What a treat to be able to re-introduce this concept to our listeners! Spreading rock dust is a technique that literally began the legendary J. I. Rodale's lifelong journey of Organic Gardening—including his launch of the magazine of that very same name in 1942. But it's one of those things that seems to easily fade from the collective memory and fall by the wayside. I'm pleased that I've remembered to mention it on the show and at some of my appearances.

My introduction to rock dust came from Carol Keough, one of my first editors when I was a brand new health writer at Rodale Press in the early 1980s. Like many of us, Carol was a hybrid—working in the health side of the company, but a serious gardener at home. When I became Editor and began preparing the 50th Anniversary issue of ORGANIC GARDENING magazine, I got Carol to write about J.I.'s passion for dust, and had an absolute ball revisiting her story for this little condensed treatise.

The theory is simple and elegant. Plants constantly suck minerals out of the soil, slowly depleting these ancient reserves. And restoring those minerals reaps many agricultural rewards: Plants with an abundance of minerals in their soil grow bigger, faster and healthier; and many studies show, contain more nutrients in the form of minerals for the people who consume them.

Now, it's easy to put the basic plant food, Nitrogen, back into the soil via compost, composted manures and other forms of organic matter. And it's pretty easy to naturally supply the next two biggest plant-essential elements, Phosphorus and Potassium. But minerals like calcium and trace elements like iron and manganese can be tough to replace once they're depleted.

So, in the late 1930s, budding organic expert J. I. Rodale took geology classes at Muhlenberg University to learn which rocks might supply the best and most minerals, later wowing the members of the National Academy of Science with his own large-scale comparisons of asparagus grown with organic matter alone (in the form of compost, of course) and with added rock dust. The compost-alone plants looked and tasted great, but the 'dusted' plants were even healthier—and, the academics agreed, tastier.

But rock dust alone won't do it. As J. I.' s geology professor, Dr. Richmond Myers explained, many of the nutrients in even the most finely ground rock dust are locked up tight. An active soil teeming with microbes is the best way to get those minerals into a form that can be used by plants. And compost is the ideal medium for such activity.

Some people add a little rock dust to their compost piles, either in the beginning or along the way. Some spread rock dust on their soil and then cover it with compost. Others mix the dust into their finished compost right before application. All ways seem to work; the important thing is to combine the dust with lots of organic matter.

You'll find some packaged rock dusts for sale mail order and at hipper garden centers. But many organic growers buy it in bulk from local quarries and gravel pits—the places where the raw material of the stuff our gardens used up long ago is mined. Our OG article sources recommended that you call up a few local 'sand, rock and gravel' suppliers and tell them you want "a very fine material you can add to your soil as a source of plant mineral nutrients." They might call it pond sand, pond silt, pond fines or swamp sand; crusher screenings, crusher fines, bug dust, float, fill sand, or flume sand. Most gravel workers, we were told, will not call it 'dust'.