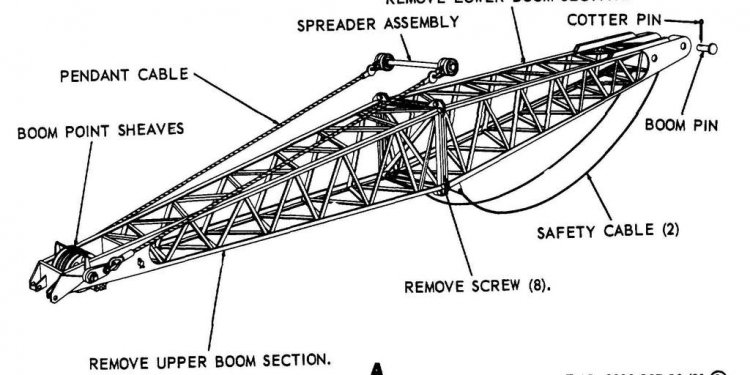 From the ground, the tower cranes of uptown Charlotte look massive and steady, their thick steel legs bolted securely into concrete bases 7 or 8 feet deep. Not exactly the kind of thing you worry will just topple over.

But start climbing one, and it doesn’t feel quite so substantial.

The ladders rock under your feet. When the crane arm swings, the whole structure sways, metal beams torquing around and the cab bobbing up and down – just to make sure you know you’re no longer standing on solid earth.

It’s actually pretty peaceful, unless a thunderstorm comes in or the wind picks up. Then you feel really small, really fast.

The 264-foot climb up a crane on Stonewall Street is Travis Bayle’s commute every morning. He’s a tower crane operator, one of the handful of workers playing a pivotal role in reshaping Charlotte’s skyline with the next generation of high-rises.

I climbed up Bayle’s crane this week, one of three owned by Heede Southeast now at work on a Whole Foods and 450 apartments next to the Stonewall Station light rail stop.

It’s cooler at the top, amid the breezes and free from the stifling heat waves radiating off the asphalt. The chimes of the Blue Line light rail, the hum of cars on Interstate 277, clanks of construction machinery – it all sounds distant, almost like being underwater.

“It’s actually pretty peaceful, ” Bayle said, “unless a thunderstorm comes in or the wind picks up. Then you feel really small, really fast.”

Once he’s up in the crane, Bayle stays all day – 12 to 16 hours. He takes his lunch, snacks and a gallon of water, because the only way down is another climb.

The cranes dotting Charlotte’s skyline are a rough proxy for the city’s building boom. There are 12 now hoisting loads in and near uptown, for projects ranging from a 22-story hotel atop the EpiCentre to the 24-story SkyHouse apartment tower on North Church Street to the 25-story office building at 300 South Tryon.

The total is fewer than half of the 28 cranes that dotted the Charlotte skyline in 2008, just before the real estate crash.

Still, for crane companies like Pineville-based Heede Southeast, the good times are back. General manager Jason Kenna said it’s a welcome contrast with the post-recession construction slump, when most of the company’s blue tower cranes sat idle in their storage yard. Now, Heede Southeast is leasing more than a half-dozen cranes to developers and general contractors uptown, including the rig Bayle operates.

And the pace isn’t likely to slow down anytime soon, with more uptown high-rises and major developments in the works on sites from a vacant lot on Stonewall Street to the current location of Marshall Park to the former Charlotte Observer building.

One side effect of the boom: Crane operators are in high demand.