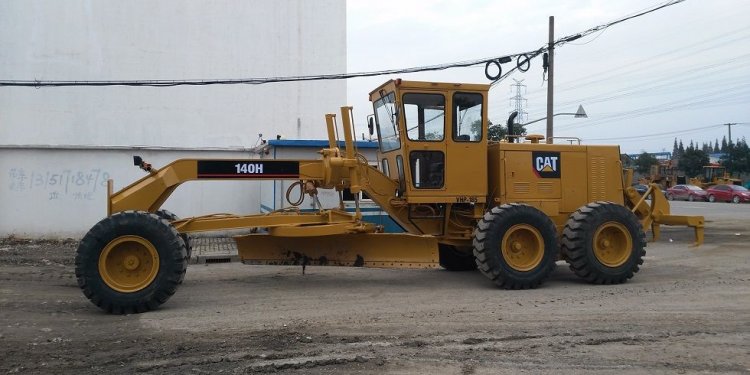 A stabilizer/reclaimer is a vehicle with a dual purpose. These machines have a large rotor blade which may be used to cut and pulverize damaged or old pavement, but which also may be used to mix lime, fly ash, or cement into the subbase in order to stabilize poor soils.

A top layer is milled off the existing pavement to provide a relatively smooth surface on which to pave. Milling is also commonly used to remove a distressed surface layer from an existing pavement. Milling machines are the primary method for removing old HMA pavement surface material prior to overlay. They can be fitted with automatic grade control to restore both longitudinal and transverse grade and can remove most existing pavement distortions. Milling also produces a rough, grooved surface, which will increase the existing pavement’s surface area when compared to an ungrooved surface. The surface area increase is dependent on the type, number, condition and spacing of cutting drum teeth but is typically in the range of 20 to 30 percent, which requires a corresponding increase in tack coat (20 to 30 percent more) when compared to an unmilled surface. Milling is advantageous because it:

Graders may be used in place of milling machines if the base course is dirt or gravel. They are vehicles with large blades that create a wide flat surface for asphalt to be placed on.

Sweepers clean the surface of the road after it has been milled or graded. This is necessary because excessive dust and debris on the ground can prevent proper bonding between the asphalt and the base course. Large pieces of debris can also cause non-uniform compaction of the asphalt.

Batch plants, which produce HMA in individual batches, are the older of the two types of HMA production facilities; it was not until the 1970s that drum plants became a popular HMA production option. Typical batch quantities range from 1.5 to 5 tons of HMA and each batch can take 15 – 45 seconds to make.

Drum plants, which produce HMA in a continuous manner, generally offer higher production rates than batch plants for comparable cost. Typical production rates for drum plants vary between about 100 tons/hr up to over 900 tons/hr depending upon drum design.

Dump trucks move the hot asphalt from the plant to the jobsite. There are many kinds of dump trucks:

Material transfer vehicles (MTVs) are used to assist the paver in accepting HMA. Most pavers are equipped to receive HMA directly from end dump or live bottom trucks, however in certain situations it can be necessary or advantageous to use an MTV. Paving using bottom dump trucks and windrows requires a windrow elevator MTV, while other MTVs are used to provide additional surge volume, which is advantageous because it allows the paver to operate continuously without stopping, minimizes truck waiting time at the paving site and may minimize aggregate segregation and temperature differentials.

The asphalt paver is a self-propelled formless laydown machine with a floating screed. HMA is loaded in the front, carried to the rear by a set of flight feeders (conveyor belts), spread out by a set of augers, then leveled and compacted by a screed. This set of functions can be divided into two main systems:

The screed helps control the amount of material extruded onto the base course, flattening the asphalt on the ground. It also assists in offering a level surface for compaction regardless of the condition of the base course. However, the base course needs to be reasonably level in order to prevent future cracking.

There are three basic pieces of equipment available for HMA compaction: (1) the paver screed, (2) the steel wheeled roller and (3) the pneumatic tire roller. Each piece of equipment compacts the HMA by two principal means:

These two means are of compacting HMA are often referred to collectively as “compactive effort”.

Approximately 75 to 85 percent of theoretical maximum density, or Rice density, will be obtained when the mix passes out from under the screed.

Steel wheel rollers are self-propelled compaction devices that use steel drums to compress the underlying HMA. They can have one, two or even three drums, although tandem (2 drum) rollers are most often used. The drums can be either static or vibratory and usually range from 35 to 85 inches in width and 20 to 60 inches in diameter. Roller weight is typically between 1 and 20 tons.