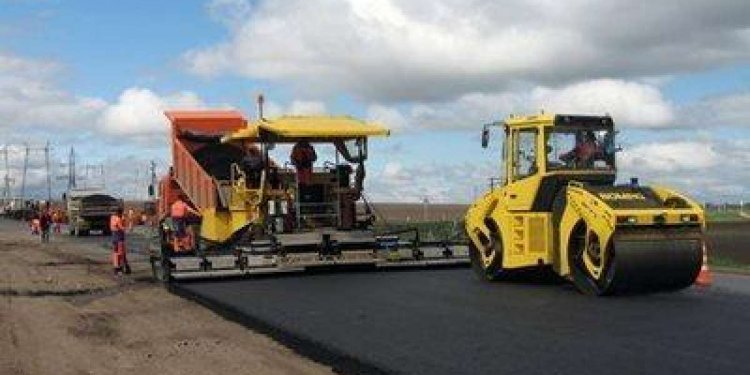 On January 13, 2012, Cemex held a public demonstration in New Braunfels for the construction of a 1/2+ mile long segment of Solms Road (west of I-35 to the railroad tracks). The demo attracted over 100 public agency personnel from cities, counties, and TxDOT, as well as engineers and construction professionals. This road was a reconstruction of a badly deteriorated asphalt road that is the principal truck access road to the Cemex cement plant from I-35.

The pavement section consisted of a cement/lime-modified subgade layer, with cement-treated base on top, and RCC pavement (9 in) as the surface. The RCC placed during the demo was a section between I-35 and FM 482, with curb and gutter. A section placed in December 2012 (west of FM 482), had no curb and gutter. The older section, during the demo, was diamond ground to improve smoothness and rideability at higher speeds.

RCC was produced at the Cemex plant quarry in the pug mill. A pug mill is ideal for mixing very dry materials, like RCC or cement-treated base.

Outside of twin-shaft mixing chamber of pug mill.

High-density paver with dual tamping bars placing RCC pavement (9" lift, after compaction). Compaction out of the paver will be more than 90% of maximum.

RCC being placed between cast-in-place gutter section (left) and fresh RCC (right, less than 1 hr old). It is important to place and compact "fresh joints" within an hour of placement of the first section of RCC to achieve a continuous RCC pavement.

A smaller roller provides final compaction and finish to the surface.

Density is checked with a nuclear gauge. Density target is 98% of maximum dry density.

Applying a heavy coat of white-pigmented curing compound is critical to achieving a durable surface. This must be done immediately following compaction.

Joints in RCC are cut with an early entry saw following compaction.

Early entry saws ensure that random cracking does not occur.

Diamond grinding truck, putting a ground surface on a section of Solms Road constructed in December 2011. Diamond grinding can smooth out an RCC surface so it can be used in higher speed limit (>35 mph) applications.

Section of Solms Road (west of FM 482) placed in December 2011, diamond ground at the January 13th demo. Note that this section of road did not have curb/gutter.